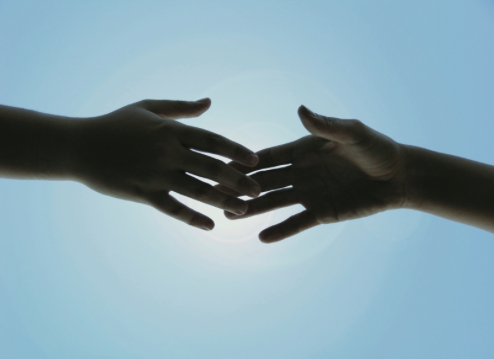 The unholy and immature thoughts of the godless may at first be offended. The abused and those hurting through inappropriate touching may strike cords of hatred, resentment and anger. Touching has been a tool used to manipulate and cause anguish, but there is a touch that brings healing and warmth. All touching is not good and there is an appropriate time for touching and a time to refrain from doing so, but in its proper season it is powerful.

The women with the issue of blood cried within herself if I but touch the garment of Jesus I would be made whole. Many where healed through the touch of napkins from the apostle Paul. The anointing may be transferred through touch (1 Tim. 4:14).  The letters you see upon the screen appear through the touch of my fingers upon the keys and if you glorify God from reading this post, I assure you that God will touch you.

This entry was posted in Uncategorized and tagged God, power, touch. Bookmark the permalink.