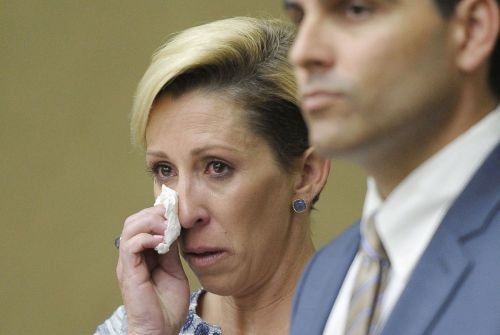 A former Arroyo Grande High School culinary arts teacher accused of having sex with one of her 16-year-old male students changed her plea and was sentenced to six months in San Luis Obispo County Jail on Thursday as part of a plea deal reached in the case.

Tara Yvonne Stumph, 36, pleaded no contest to felony unlawful sex with a minor more than three years younger than her during a tearful hearing in San Luis Obispo Superior Court. The sexual acts occurred for over a year.

As part of the plea deal, Stumph also must serve four years on felony probation, which includes participation in a special counseling program for sex offenders. She also was ordered to stay away from middle school- and high school-aged children, as well as the facilities. She does not have to register as a sex offender.

The reason these cases continue to increase with married women sleeping with their students is because the judgment is not just. These predators will only increase as the laws are so lax. Pray for your children and train them about the dangers of predator teachers.