Mother who killed her daughter, 4, while driving high on meth in peak-hour traffic is jailed for three years 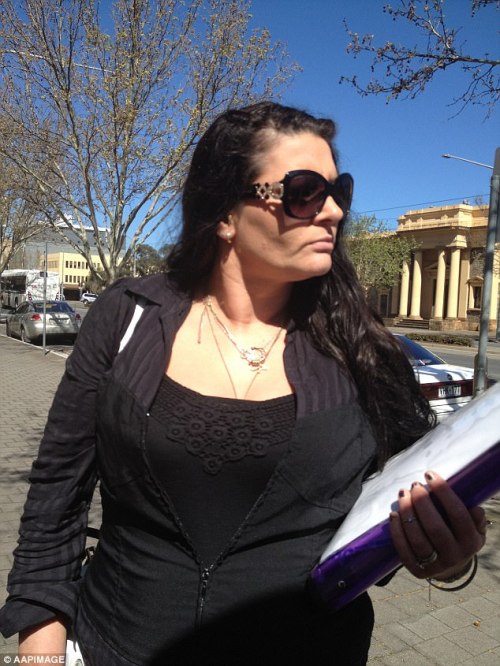 Kylie Anne Hie, 34, has been jailed for three years for killing daughter, 4, in crash. She had pleaded guilty to dangerous driving on an Adelaide freeway. SA District Court  Judge Paul Slattery said it was lucky no one else was killed.

She had 0.34mg of meth in her system when she tried to ‘squeeze’ around a 40 tonne semi-trailer on the South Eastern Freeway in Adelaide.

Her white Toyota smashed into the back of the trailer killing Charlotte, who was illegally strapped in the front passenger seat at the time of the collision.

She pleaded guilty aggravated death by dangerous driving on the first day of her trial in Adelaide’s District Court.