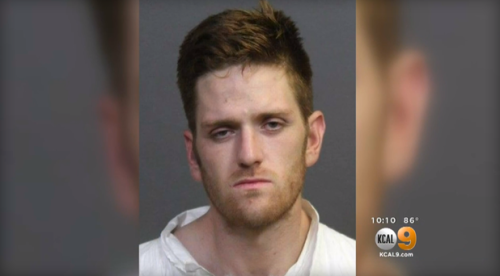 The son of a former “Real Housewives of Orange County” star is accused of shooting another man after an argument, reports CBS Los Angeles.

Joshua Waring, 27, was arrested on Monday, according to the station. He is the son of former Bravo TV “Real Housewives of Orange County” star Lauri Peterson, who appeared on the show from 2006 to 2008.

Police say Waring shot Daniel Lopez, 35, after an argument at sober living home in Costa Mesa, south of Los Angeles. Then, he allegedly stole a car and took off, leading officers on a chase.

The pursuit ended in Santa Ana, where police say Waring was arrested after a standoff at a construction supply warehouse, according to CBS Los Angeles.

Waring is reportedly being held on suspicion of attempted murder, vehicle theft, felony evading police and hit and run. His bail was set at $1 million.

Waring has a history of arrests, including drug possession with intent to sell, according to the station.

It is important that Christian parents take note of these things and protect your children with prayer. This type of behavior is being promoted on realty television and in the music. Societal decay is always fun until some drunk boy or girl is raped and someone is murdered. Play with the devil’s toys and get a devil’s reward, which is destruction and death.

This entry was posted in MEDIA and tagged housewife, real housewives, star. Bookmark the permalink.